Hard disk ‘repair’ software like Spinrite, DiskPatch or the hard disk manufacturer diagnostic software often identifies bad sectors in the form of an LBA address (logical block addressing). A commonly asked question is, “how do I determine, which file is affected by a bad sector?”.

What is bad sector repair?

Bad sector repair utilities do not actually repair bad sectors and often the original data in the sector is lost.

Hard disks have a pool of ‘spare’ sectors. If a bad sector develops it can be taken out of service and replaced by one from the spare pool. Using a S.M.A.R.T. utility you can observe and how many sectors have been reallocated this way. The disk all handles this internally:

Assume the sector at LBA address 100 can not be read and is reallocated. From this moment on, all reads and writes to LBA address 100 are redirected to the spare sector that was assigned to this address.

Hard disk repair software scans the disk, allowing the disk to discover bad sectors. When ‘hitting’ a bad sector the disk will add the LBA address of the sector to the ‘pending reallocation’ list. The disk will not yet reallocate the sector because once it has done that, no attempts can be made to get the data from the sector. So the disk does not make that decision. By writing data to the sector you can signal to the disk that the data is given up on.

Which file is affected by a bad sector, if any?

As this hard disk repair software runs in an out of Windows environment (DOS mostly) and does address the physical disk rather than a logical volume, it has no way of telling if, and if so, which files are affected by the repairs. There are several possible effects if bad sectors were repaired, depending on what was actually in the sectors.: Were they part of

As reallocation of sectors that aren’t in use by any file system or files does not result in data loss, we can ignore this.

If chkdsk runs into read problems while scanning clusters it will:

Addressing issues that may occur after sector reallocation on the file system level:

If we’d run a disk repair utility *after* chkdsk, and let it repair (read: reallocate) bad sectors, the $BADCLUS file would need to be updated. After all, the clusters that were marked bad no longer contain bad sectors.

You can then use Chkdsk to re-evaluate the bad clusters by specifying /B switch, so chkdsk /b [enter].

Theoretically bad sectors in the first $MFT entries can be overcome by using the $MFTMIRR which backs up the first 4 records of the MFT. I am not sure how Chkdsk handles this however, I have never seen it happen.

Windows includes a system file checker (SFC.exe) that can be used to verify system files after sector reallocation. More info here. You can use it to verify if any system files were affected (corrupted) and repair them.

This is probably the most worrying problem. Corrupt data may be even worse than no data at all After all, a few corrupt bits may render all data useless while this isn’t immediately clear. To find out if user files are or were affected by bad sectors or bad sector repair (sector reallocation) you can use ‘NFI.exe’.

The Microsoft support tool NFI.exe can be used to convert a LBA sector address to a file path. This way you can determine which files need to be restored from backup after sector reallocation.

Note you must omit the “\\?” prefix of the block device path. Example: 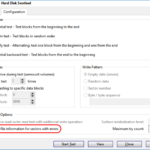 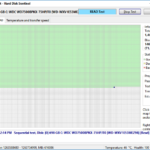 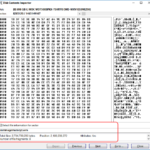