“In accordance with Barry’s (Howard Barry Emerson) wish, Vopt is his bequest to Windows PC users”.

VOPT Defrag (pronounce vee-opt) is one of the oldest still around disk defrag programs. It originally ran under MS-DOS.

Although I like VOPT a lot, that didn’t keep me from writing own defrag utility. Some of the features for that were borrowed from VOPT, for example the ability to create desktop shortcuts to defrag jobs.

Anyway, VOPT is ultra fast and efficient. It is safe as for actual file moves it relies on the proven and reliable Windows defrag API. 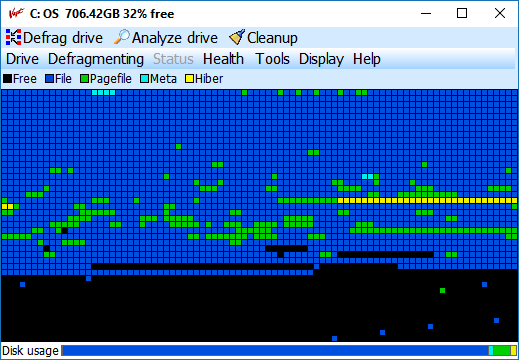 Apart from defragmentation it offers a bunch of additional features such as disk clean-up, a simple SMART status check and even some network related tools.

Although I consider some of those less than essential for a disk optimizer, VOPT doesn’t feel bloated.

This version works in Windows Vista, 7, 8 and 10. Supported file systems are FAT16, FAT32 and NTFS. Versions for previous versions of Windows were also available from the VOPT website, but unfortunately this website is no longer up.