EDIT august 2019: Look at the number of issues with locked external WD disks. If  your enclosure ever breaks, you’ll lose all data on the disk. With a non encrypted disk you’d just open enclosure and move the disk to a new enclosure and all would be okay. NOT with those encrypting WD external drives. Even if you don’t lock the disk, it is still encrypted!

That being said, several data recovery companies are now able to recover data from broken WD encrypted hard disks under certain conditions (either user password is known or not set). 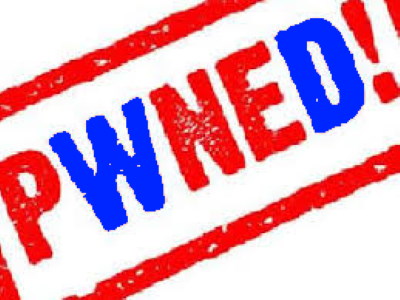 PWNED by your own encrypted WD external hard drive

Data recovery from encrypted disks is very hard. Numerous data recovery software developers set up honey pots to draw Google search traffic of people looking for software to recover data from WD My Passport drives. Which is kind of dishonest I think.

So, I guess you’ll all know, that using commercially available data recovery software you can often recover files. Even after files were deleted or otherwise lost. To protect yourself from this kind of spying you can use hard drive encryption. Disk encryption is a technology which protects information by converting it into unreadable code that cannot be deciphered easily by unauthorized people.

So, hard disk encryption makes it very, very hard to get to the data on the drive. But that also means, if you somehow lock yourself out, you can not get access to your own data either. When you have enough reason to encrypt your data, then that is a consequence you will have to live with.

WD My Passport drives feature hardware disk encryption. In general, hardware is good. If specialized hardware can process data rather than a piece of software, then generally this is faster. So, for people worrying their data getting stolen, a WD My Passport is a good thing. As long as people do not have your password, they will not be able to steal your data. 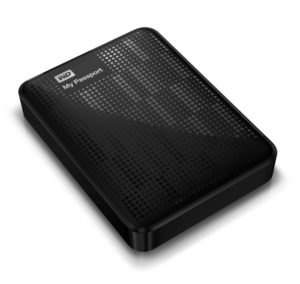 Ergo, if you ever need to recover data from a WD My Passport drive, you will also have the extra hurdle of full drive encryption.

WD My Passport data recovery. It gets even worse.

Normally if dealing with ill behaving external hard disks that you need to recover data from, you open the disk enclosure and work with the hard disk directly. Usually standard SATA hard disk are used, and the enclosure includes a circuit board to translate SATA to USB.

To work with the ‘naked’ hard drive, you take it out and put it on a SATA port directly.

This is however impossible with the WD hard disks used inside the WD My Passport. The hardware to go from SATA to USB is integrated in the circuit board of the hard disk itself. So, there is no SATA connection you can use to attach the disk to a PC.

A standard data recovery scenario with an external hard disk.

Assume an external hard disk isn’t detected or is very slow. Chances are that the SATA to USB hardware is malfunctioning. To verify this, you’d take the SATA disk out of the enclosure and use a SATA cable to connect it to a PC. Or even a SATA to USB cable.

Chances are that you can now copy the data off the drive. In some cases you may need data recovery software to scan it and recover the data. Case closed.

Now with a WD My Passport – Data recovery from encrypted disks

You can not hook up the disk to a SATA port. But since you need this you will have to swap the PCB (printed circuit board) with a standard SATA PCB that is compatible with that particular disk. 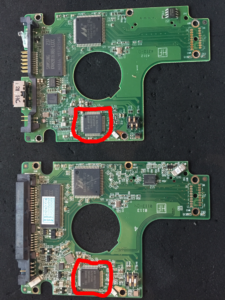 Once that’s out of the way,  you need to hook up the disk to specialized data recovery hardware and software to edit the certain modules in the service area (SA) of the hard disk. Data recovery companies will for example use the PC 3000 from ACE laboratory for the purpose.

The disk can now be cloned to a hard disk with matching LBA values. A larger hard disk is okay as the capacity can be clipped.

The original WD My Passport is always encrypted, remember? Even if you didn’t set a password! And we already discussed that data recovery from encrypted disks is extra hard.

To decrypt the clone  the original USB 3.0 PCB or a compatible USB board from a Western Digital My Book that uses the same encryption revision type can be used.

And only after that, data can be copied or can be processed using data recovery software.

That’s why I personally want to have that last chance of getting back irreplaceable data, data recovery. And when it comes to that, I do not need non standard hard disks and full disk encryption that I didn’t ask for to stand between me and my data.