Will a USB flash drive survive a drop?

Modern USB Flash drives are quite solid and will most likely survive a fall due to their monolithic design. Older USB keys typically consist of several components micro soldered to a flimsy PCB. Apart from the smaller chip (the controller) and the large chip (NAND flash memory), both soldered to the board with tens of connections, there any many tiny components that may come lose after a fall. But the biggest threat probably is bending. The board themselves are flimsy, thin. The board may bend while the components themselves will not, the weakest point takes the destructive force, the solder joints. 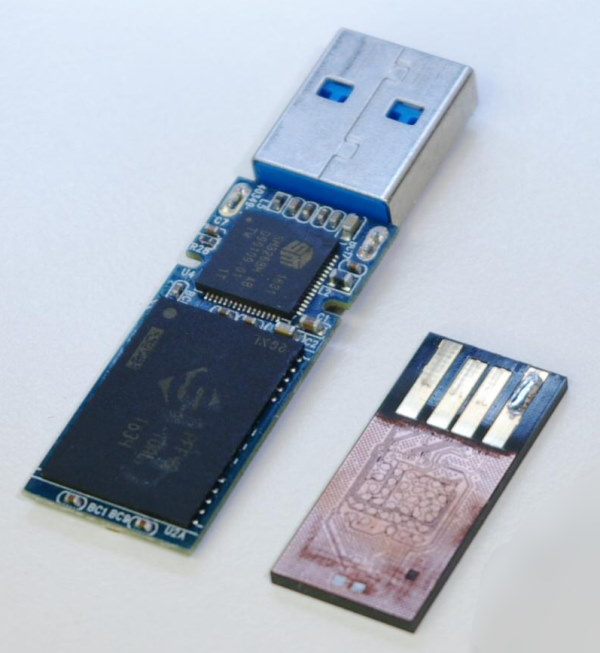 Damage may consist of tiny fractures in solder joints invisible to the naked eye. The NAND flash memory in the example is joined to the PCB using ball solder joints which can not be observed at all. Not shown are the joints between the connecter and the PCB which also easily break, sometimes even ripping entire pads from the PCB. In which case the connector can not be soldered back onto the pads, instead he tiniest wires need to soldered to traces them selves. 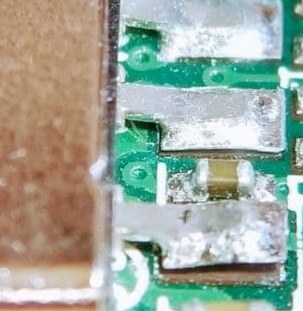 You may expect several symptoms depending on what came loose.

The type exact symptom may hint at where we need to look for an answer. For example, if the device ID can be determined (shows in Device Manager) but shows incorrect capacity in Disk Management, it’s likely the problem is between the controller and the NAND flash memory or the NAND itself. If the latter it will probably turn into a chip off recovery.

Several websites offer advice involving chkdsk, diskpart and whatnot, you should ignore these. If any device is dropped and malfunctions after that then the issue is at the hardware level and software will not fix that.

Can it be repaired, can data be recovered?

Possibly yes, however the purpose of repair is to facilitate data recovery and only that. It’s no use trying to repair for continued use, after repair and recovery of the data, the device should be taken out of commission. The idea for this temporary repair is common in data recovery. The goal is to temporary gain access to data and nothing else.

That being said, there’s a good chance repair may work, unless for example the USB connecter was knocked off at a really bad moment while the drive was in use. The latter can not only cause logical corruption at the file system level, but may also damage the FTL tables which are managed by the USB drive’s firmware itself. In such cases only chip-off recovery may help which is complex and expensive.

Physical repairs can be done using a microscope and micro soldering equipment. A microscope is required to detect micro fractures and to solder tiny components back in place. Without it, issues are easy overlooked and errors during the soldering easily made. TSOP type connections can be re-soldered, BGA type chips you can try reflowing using a hot air work station or if that doesn’t do the trick by re-balling the NAND. Some PCBs have provisions for both type of chips. For us main difference is TSOP solder joints can be seen, inspected and reached, BGA connection can not. Pay attention to the indents at 1/4th of the PCB, they result in less material so perfect place to distribute force to. If bending happens here, good chance the solder joints for the controller will suffer damage. 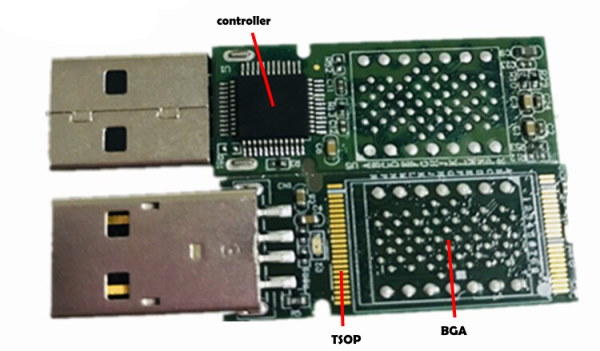 We offer data recovery from such devices that require physical repairs. Again, as the goal is data recovery, we aim to retrieve your files not permanent repair of the device. So the service will return recovered data, not the (semi) repaired device.

Extra: Welcome to the world of cheap flash

In the world of NAND flash nothing goes to waste! Imagine you have a a monolith SD Card with a broken controller? These monoliths have everything including controller and NAND flash memory integrated into one chip. If the internal controller dies, the chip is useless, right?

Wrong! You simply bypass the controller and use the chip as NAND memory for a USB Flash drive (source)! The controller on PCB communicates with the NAND via ball joints. The former SD card is powered using the 2 original power pads. Question. How much force would be required to break those solder joints? 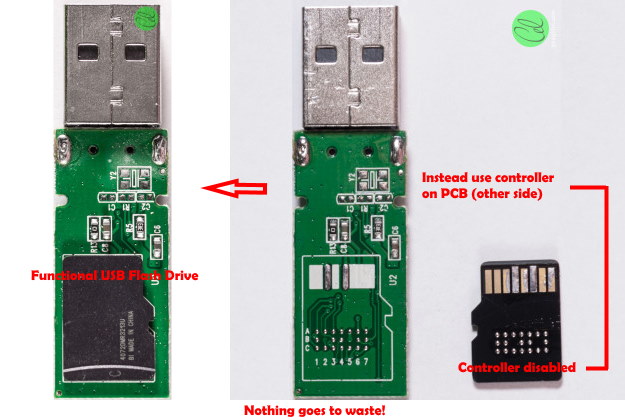