JpegDigger is a JPEG carver. As such you may not expect it to be useful to recover RAW photos. However I have been able to put it to good use in a number of cases where: 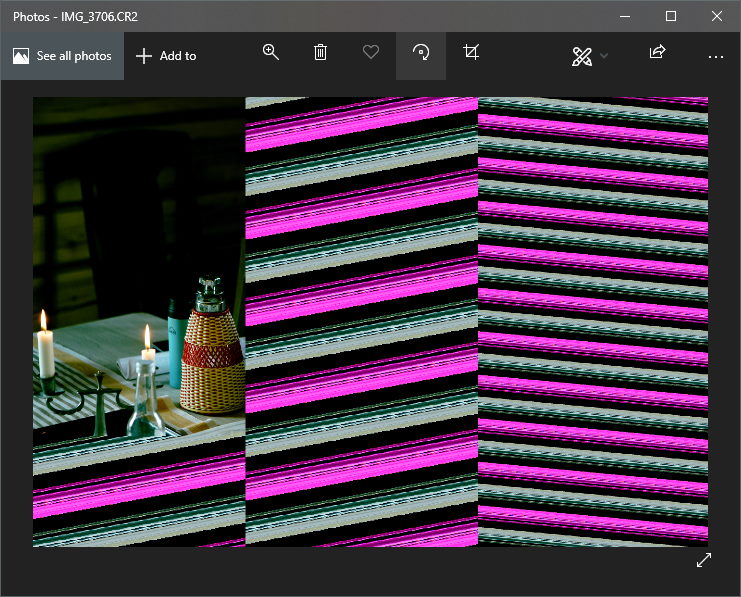 Example of a corrupt RAW photo after recovery

JpegDigger does detect and recover data from RAW photos based on the TIFF file format. Examples of TIFF format based RAW photos NEF (Nikon), CR2 (Canon), ORF (Olympus), RW2 (Panasonic-Lumix, ARW (Sony) and DNG (Leica). However, when it detects a RAW photo it will examine it and try to extract JPEG data rather than recovering the RAW photo itself. This ability can be the difference between no recovered data at all and at least recovering the high resolution JPEG.

Many RAW photos embed several JPEGs rather than just one, some times as many as three. And many embed one full resolution JPEG, which is the one we want to recover. 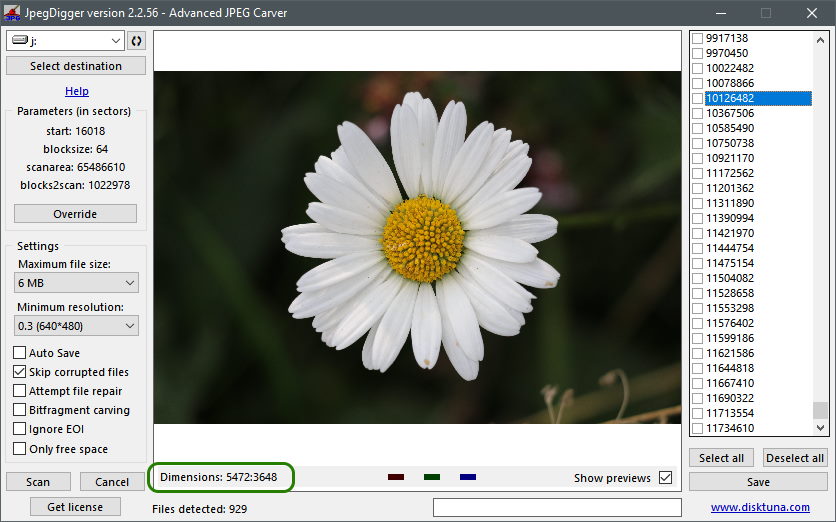 JpegDigger shows previews for each photo it finds. It lists start sectors for those files in the list on the right side of the window. These start sectors are the basis for the file names that JpegDigger assigns as it will simply add a .JPG file extension.