Seems that many articles about ‘broken SD cards’ refer to software solutions. If a SD card is truly physically broken no software will be able to help. Suggestions to format the card, use DiskPart, run chkdsk are just bullshit (pardon my French).

If we talk about the standard form factor SD Card, broken often means damage to the plastic outside ‘enclosure’. With micro SD card the outside is pretty much the device itself. So if the latter, if it is broken then vital components are probably broken to as everything in tightly integrated in one chip. Chances are not good, however depending on importance of the data and the amount of cash you can spend on it, it may be recoverable. It is however probably impossible to get a yes/no answer by just looking at it, you will need to send it to a data recovery lab. Due to complexity involved I wouldn’t be too surprised if the lab charges a research fee. Likely X-RAY images need to be taken to determine it’s layout and which internal components are affected. 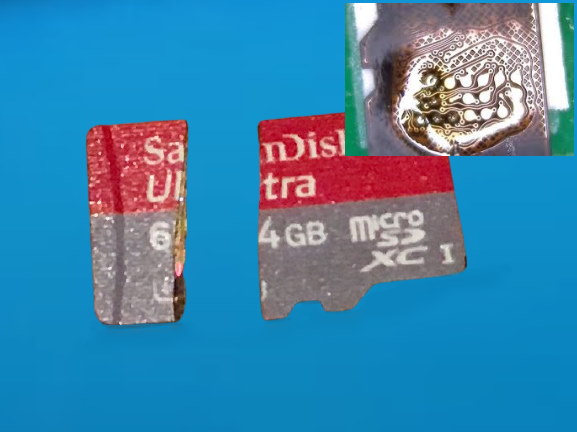 Then the protective layer is removed to reveal pins to which tiny wires are micro-soldered, which are then soldered to a board that can be connected to a NAND reader.

You may stand a better chance with standard SD Cards (32mm x 24mm), however the internals vary greatly. First of all there’s the chance you’ll find a monolith vs PCB inside. The layout of components may vary too. But we find the strangest things hidden inside SD Cards. 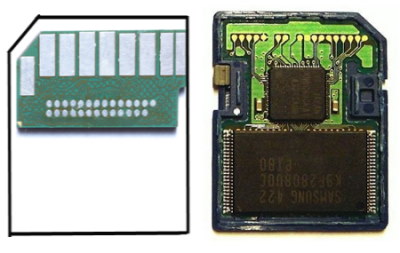 Looking at the above examples (please excuse the poor drawing) we can tell it will depend on where the outer casing took the hit, or cracked whether we stand a chance of recovering the data. The main factor is if the NAND component is intact. If we zoom in on the PCB variant with separate controller and NAND chip (the larger of the two), as long as we have an intact NAND data should be recoverable. 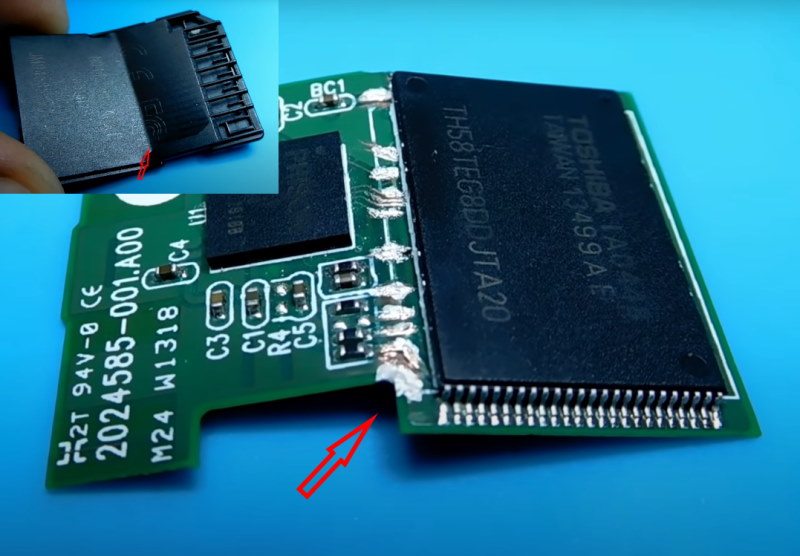 For example, above broken SD Card can be recovered in several ways: