Not all corrupt JPEGs can be repaired. In fact, a large number of damaged JPEG files I receive on a daily basis can not. So I spend a fair amount of time on files that I nor anyone else can repair. About 90% of these non repairable files suffer from one of the following issues:

Ideally people check their corrupt files using a hex editor prior to sending them to me.

Still many that submit files to my Online JPEG Repair Service or request my help because my utility JPG-Repair is unable to repair their corrupt JPG photos send me in fact files that are beyond repair.

Let it be clear that I do not blame any one! I understand that for many ‘average’ computer users this type of tinkering is very challenging. And yet that does not stop me from wondering if I could offer those people the tools to determine the condition of a seemingly corrupt JPEG photo.

How to see if data is JPEG data?

If a JPEG can be repaired or not mainly depends on one thing: Is the data within the corrupt file (mainly) JPEG data. If the answer to this question is yes, then most likely the file can be repaired.

I as a ‘trained’ JPEG tinkerer use a hex editor for that. A quick glance at the hex representation of the data inside the file allows me to judge if the file still contains JPEG data. Of course anyone can spot if a file is filled with zeros, but what if it is (partially) filled with seemingly random data.

The new version of JPG-Repair comes with a new set of tools that will allow anyone to estimate the condition of a JPEG file and to determine if a JPEG photo can be repaired or not.

JPG-Repair will examine a file and:

Entropy is originally a concept in thermodynamics and I am hardly qualified to even begin to give you a description. I am going to borrow one from WikepediA: Ludwig Boltzmann explained the entropy as a measure of the number of possible microscopic configurations Ω of the individual atoms and molecules of the system (microstates) which comply with the macroscopic state (macrostate) of the system.

Information theory borrowed the concept and I am going with the definition as I find it at stackoverflow.com: In information theory, entropy is a measure of the uncertainty associated with a random variable. The term by itself in this context usually refers to the Shannonentropy, which quantifies, in the sense of an expected value, the information contained in a message, usually in units such as bits.

AAAAAABBAACAAAABCCCAAAA = 23 characters. Let’s try compress this using the simplest method I can come up with right now:

6A2B2AC4AB3C4A = 14 characters. Instead of writing out 6 A’s, we simply indicate by 6A that uncompressed data contains AAAAAA.

We can use this to our advantage. As a rule of thumb: If we see low entropy in a JPEG file then it is unlikely it can be repaired. If entropy is too high we’re probably looking at encrypted data. The latter I often see in JPEGs shot with Android phones.

Using a histogram we can for example easily spot if the full spectrum of bytes is used. I explained before that I often see corrupt JPEG files that consists of nothing but zeros or a 55h or FFh byte pattern. This will give ultra low entropy and can be easily spotted in the histogram.

Basically there are 2 scenarios: 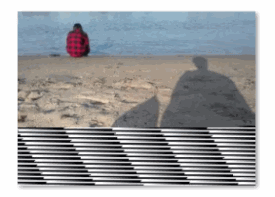 If an image partially renders the question is if we can get to render it completely. This situation is quite common, however not as common as the JPEG not displaying at all.

JPEG does not display (and no preview thumbnail) 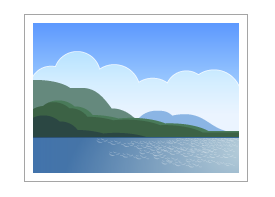 A JPEG that does not render at all is the most common issue submitted to my online JPEG repair service. Unfortunately often these can not be repaired due to no actual JPEG data being present. People using my JPG-Repair utility often contact me if anything can be done. Part of the problem is that JPG-Repair simply told ‘an error occurred’. Entropy and the histogram now should make it clear if there is a chance if the JPEG can be fixed or not.

2 thoughts on “Diagnostics of damaged and corrupt JPEGs”