JpegDigger is a light-weight, specialized tool that can help you recover deleted or otherwise lost photos. It was designed with memory cards in mind, but works on hard drives too. I created JpegDigger because a significant portion of the corrupt photos I receive are incorrectly recovered and beyond repair because of that.  JpegDigger today is the result of many different real-world cases I worked on that could not be solved using available solutions (Stellar, RecoverIt, Disk Drill etc.). 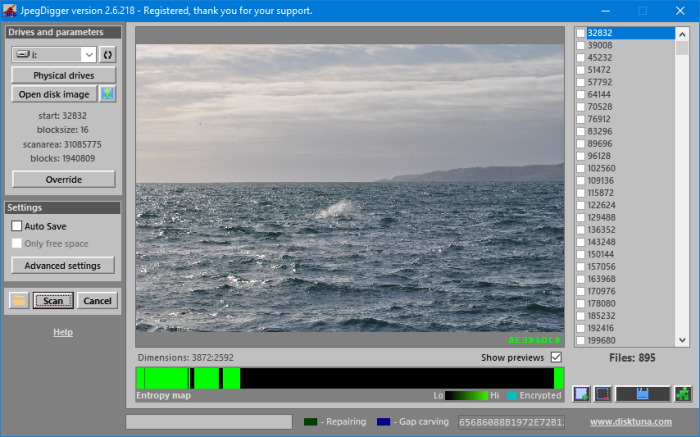