JpegDigger is a light-weight, specialistic tool that can help you recover deleted or otherwise lost photos. It was designed with memory cards in mind, but works on hard drives too. Note that your JPEG-Repair Toolkit license key will activate JpegDigger too, so no need to purchase JpegDigger if you already have that. I wrote JpegDigger because a significant portion of the corrupt photos I receive are incorrectly recovered and beyond repair because of that. JpegDigger today is the result of many different real-world cases I worked on that could not be solved using available solutions (Stellar, RecoverIt, Disk Drill etc.).

This all being said, know there is no way a software-only solution can recover data from any kind of flash drive (USB, SD Card, Micro SD, SmartMedia, MMC etc.) that is not physically detected at all or detected incorrectly like with an incorrect capacity. With the latter I mean capacity of the physical device as displayed in Windows disk manager. So examples you can solve using software are file deletion, formatting, corrupt or damaged file system (including incorrect file system size). But not water damage, broken USB connectors, damaged electronics, failed controller etc..

Use the trial version to determine if JpegDigger can recover your photo(s) prior to purchasing.
Refund policy for this software: If the demo works for you and the full version doesn’t, then and only then we will issue a refund!

Additional taxes, including VAT or sales tax, may apply depending on your local regulations. 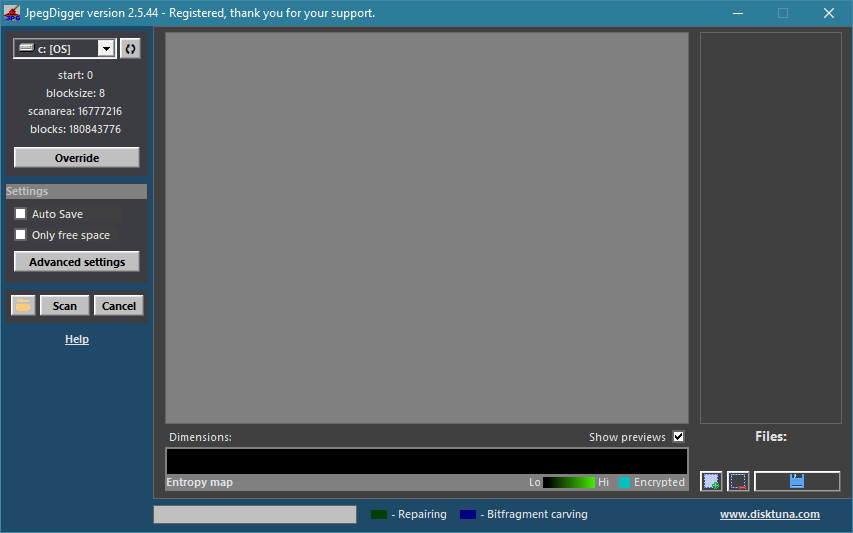 Can JpegDigger recover RAW photos such as Canon CR2 or Nikon NEF?: No. It is fairly easy to add simple carving for those and other file types. But that’s not enough to offer the same level of support as for JPEG. JpegDigger tries to be good at one thing, and that’s recovering JPEG files.

Why would you want to recover JPEG rather than the original RAW files?: You don’t. But it may be the only option left in certain scenarios.